Join Bloomington Parks and Recreation along with community partners in January and February, 2022 as we embrace the season during the 18th Annual Winter Fete celebration. See below for a list of activities associated with this year's event and check back often as new events and other details may be added. All Winter Fete activities are free unless otherwise noted, and fun for the whole family!

Fishing isn’t just a summer activity! Once our lakes freeze over, we can venture out and catch fish through the ice. We will show you how to use the equipment, understand and find where the fish live in winter, and practice reeling in the different species that call Bush Lake home.  All equipment will be provided. 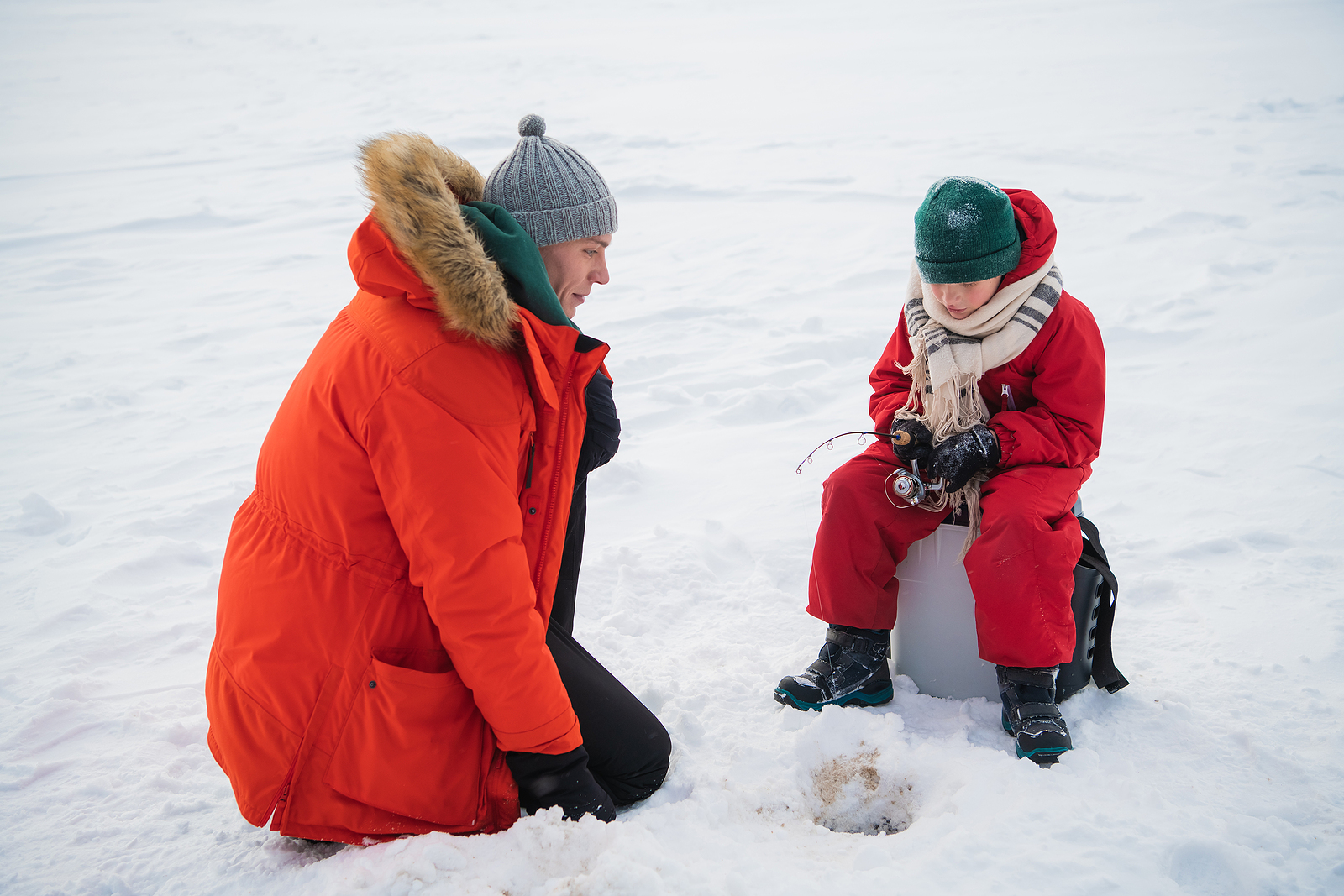 Join MORC volunteers for a Winter Fete 2022 Fat Tire Bike group ride on Saturday, January 15. This will be a fun gruop ride at an enjoyable pace. 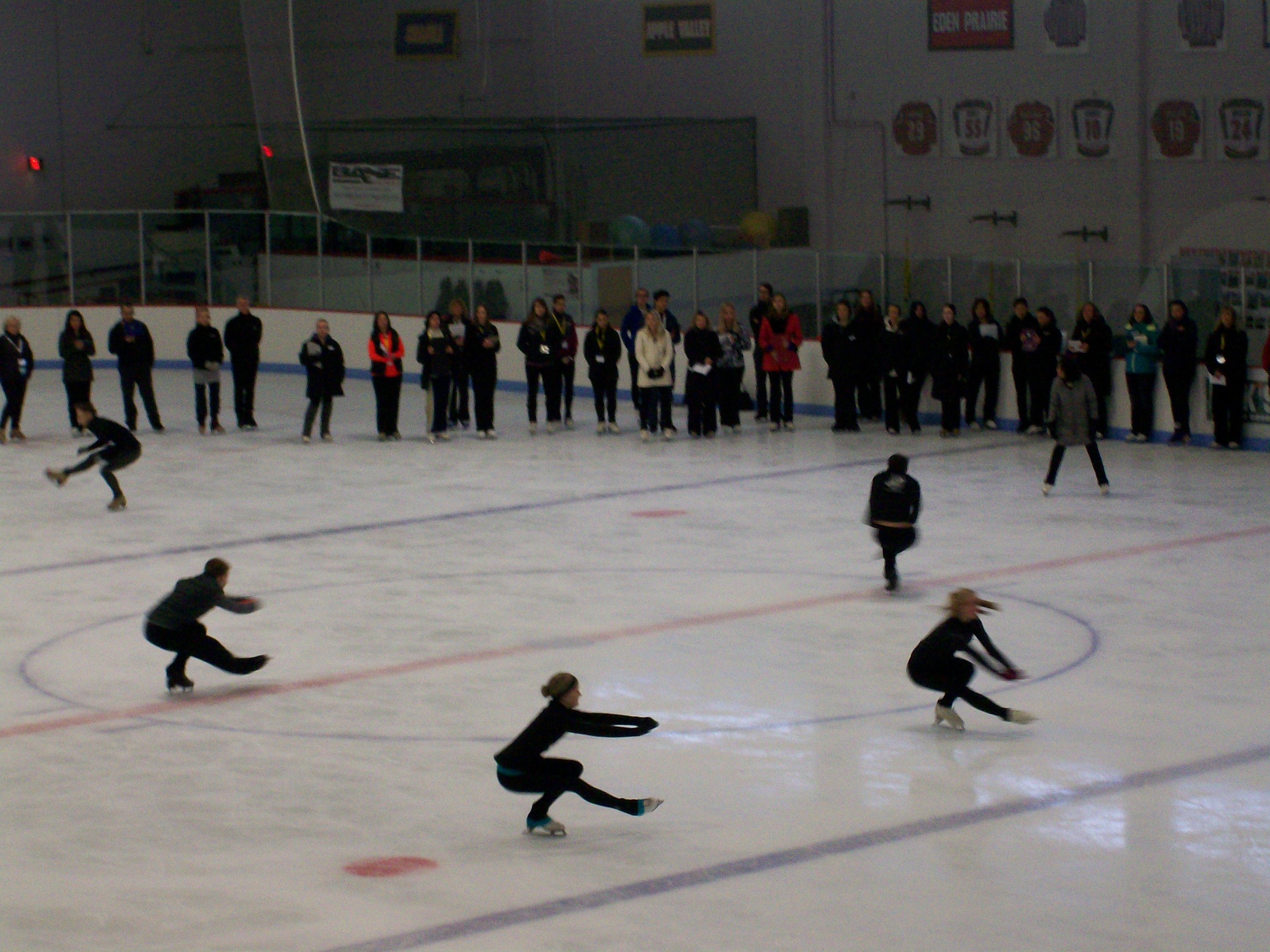 Many former and future Olympians will be there perfecting their form in the local leg of the Midwestern 5 Hills Tour--part of the US Cup Series. Skiers will be soaring up to 300 feet for trophies and cash prizes!

Experience this unique and spectacular show outdoors. Tour the site and watch from most non-groomed areas. Dress warmly and surround a fire pit with friends and family while watching the high-flying action! 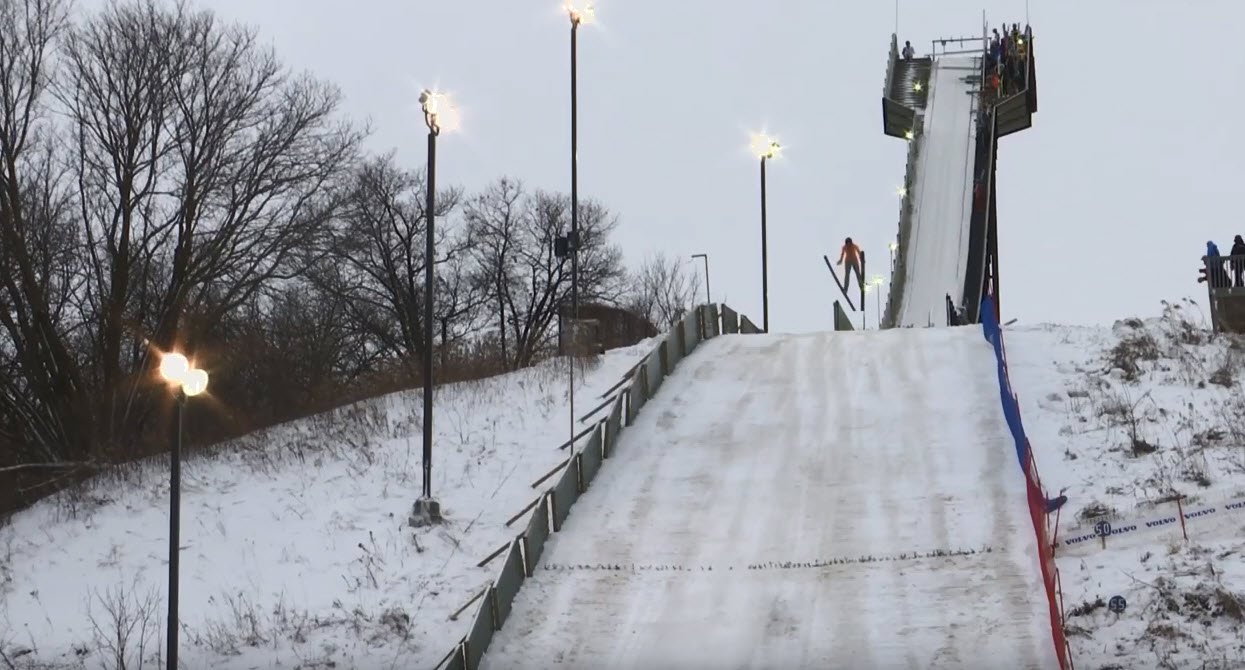 THE MEDALLION HAS BEEN FOUND! 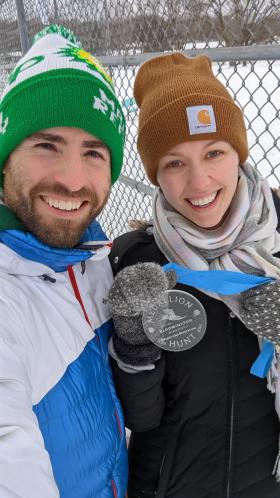 The annual Winter Fete Medallion Hunt is over! On Thursday, January 27, with a lot of persistence and some help from four clues, Stephanie and Casey Auen found the medallion in its hiding place at the base of a ballfield backstop at Brookside Park. For their efforts, the winners will receive a prize package that includes an HD Fire tablet, plush heated blanket and smores maker. Scroll down to see all of the clues that were used to find the Medallion, plus all of the ones that weren't used (just for fun). We've even included explanations of what each of the clues means.

The Third Annual Bloomington Parks and Recreation Medallion Hunt will take place in January and February, 2022 as part of Winter Fete. The hunt will end when someone finds the commemorative medallion, or on February 14, whichever comes first. The medallion will be hidden in one of Bloomington's 97 parks.

This is what you're looking for! It's about as big across as a hockey puck or a typical coffee table drink coaster. 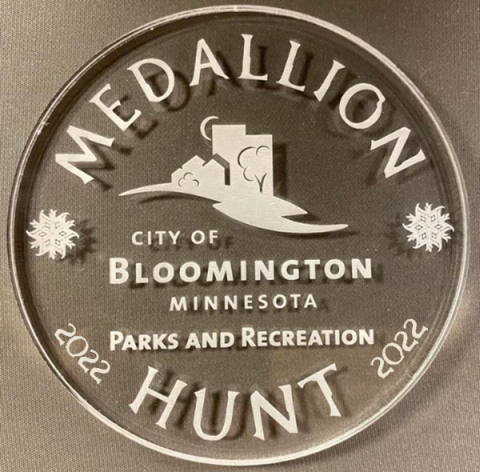 Clues will be provided on Mondays and Thursdays on this web page and on the Facebook home of Bloomington Parks and Recreation.

NOTE: The first clue will actually be on Tuesday, January 18 due to the Martin Luther King, Jr. holiday. From then on, clues will be posted on Mondays and Thursdays until the medallion is found.

Clues Not Used To Find the 2022 Medallion (Just for fun, since we worked so hard on the clever rhymes.)

Whoever finds the Medallion will win a prize package that includes a Fire HD tablet, smores kit, plush heated blanket and more. Plus, the finder will have bragging rights over friends, family and neighbors for the next year. And that's something you can't put a price on! 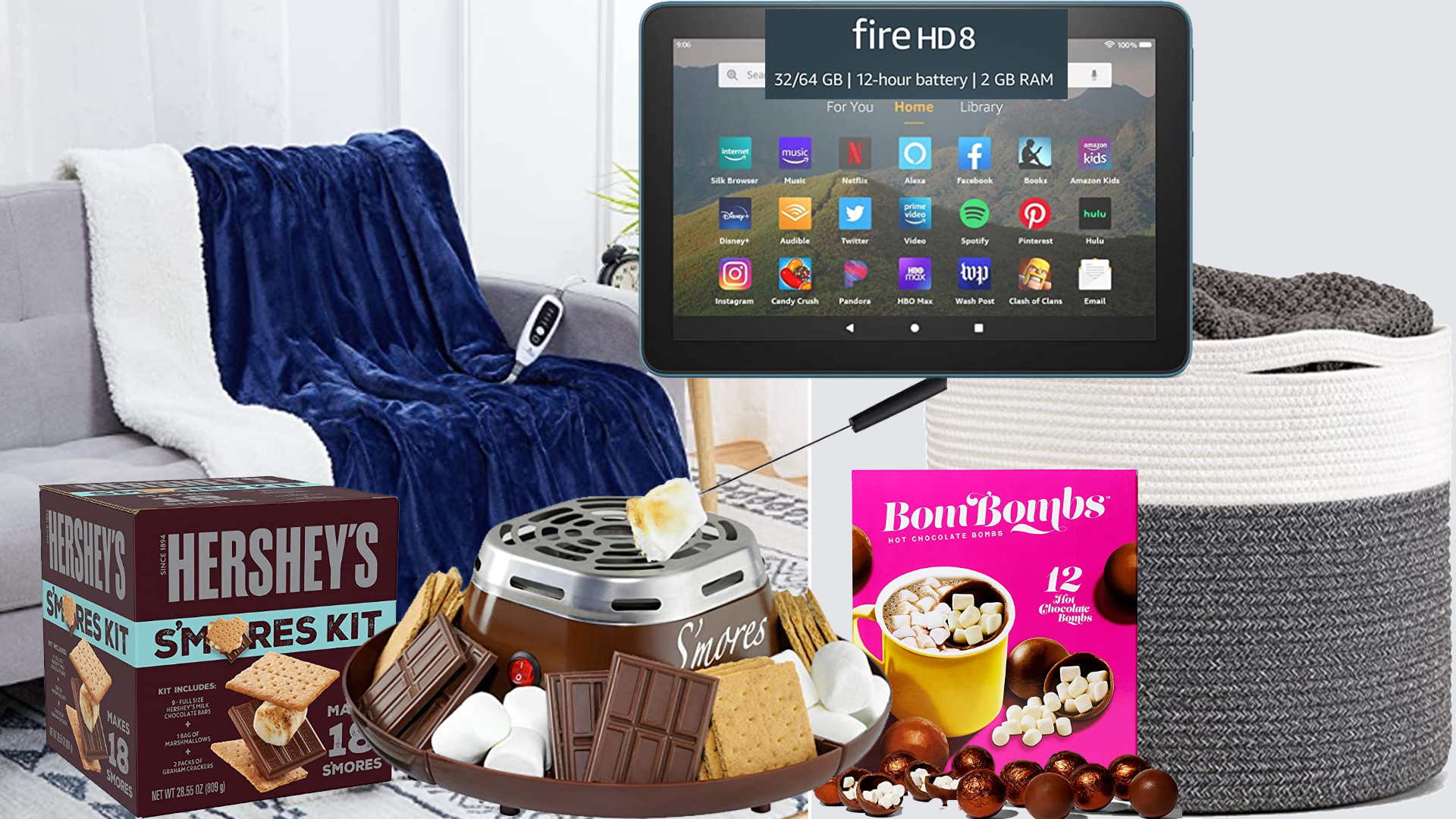 AND THE WINNER IS...

Once the hunt begins, please contact Parks and Recreation at 952-563-8877 or parksrec@bloomingtonmn.gov with questions and/or WHEN YOU FIND THE MEDALLION. We don't want to miss out on giving you props for your accomplishment and letting others know that they can stop looking.

Courtesy of Three Rivers Park District, experience the adventures of Minnesota’s hardy ice harvesters. All activities are ongoing and will be spread out to allow for social distancing. Activities will close at the end of the program time. 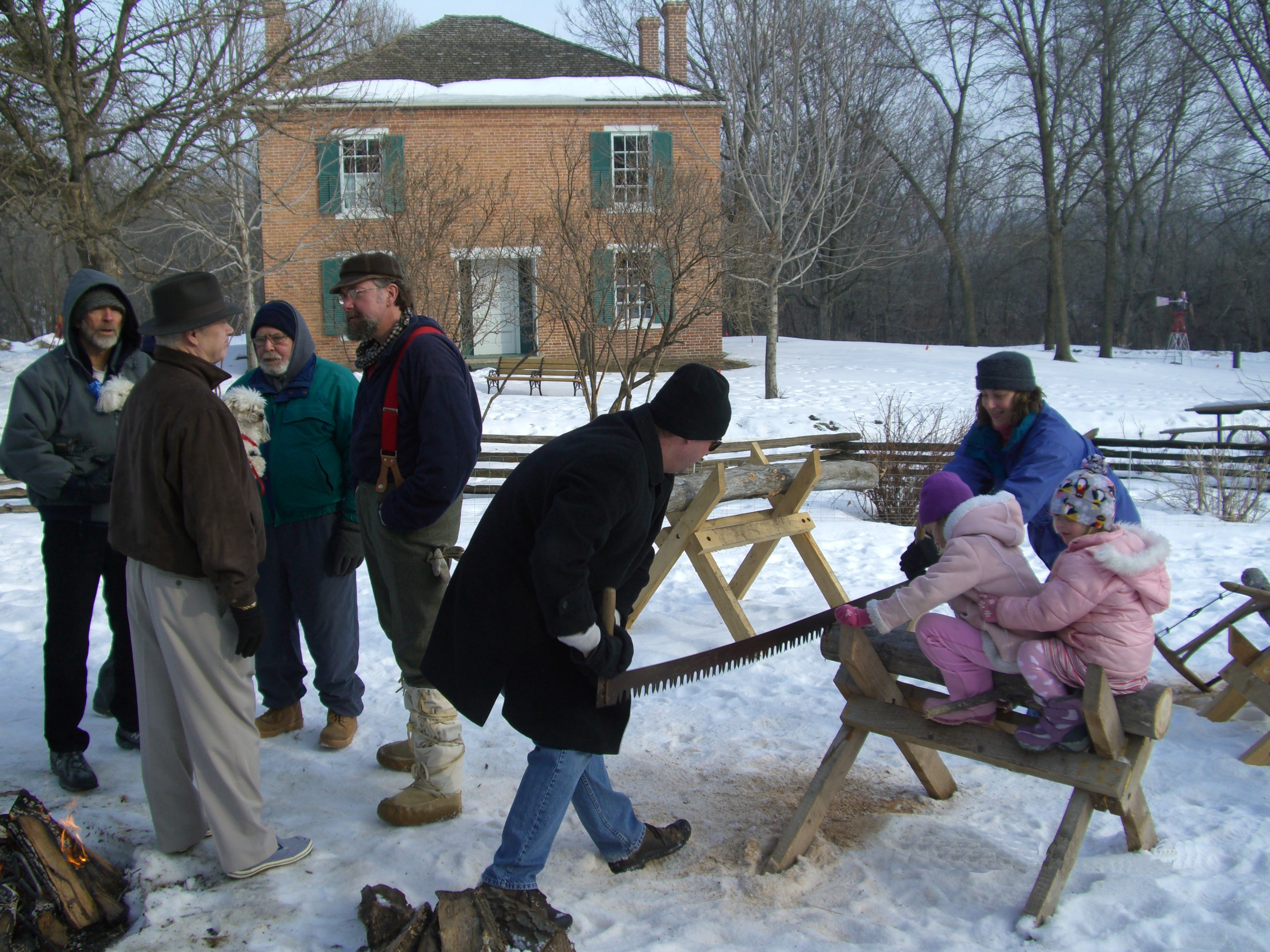 The 2022 Three Rivers Park District Ski Rennet will feature Nordic skiing on world-class trails, with distances for every level of skier; an all-day party with music, ski and fat bike demos; a race village with food; and more!

Enjoy a scenic winter walk around Girard Lake, along a path lit by beautiful luminary lanterns.

The entire path will be illunminated and measures just over 1 mile in length.

This is a self-guided activity. No City staff will be present and there are no restroom facilities on site. 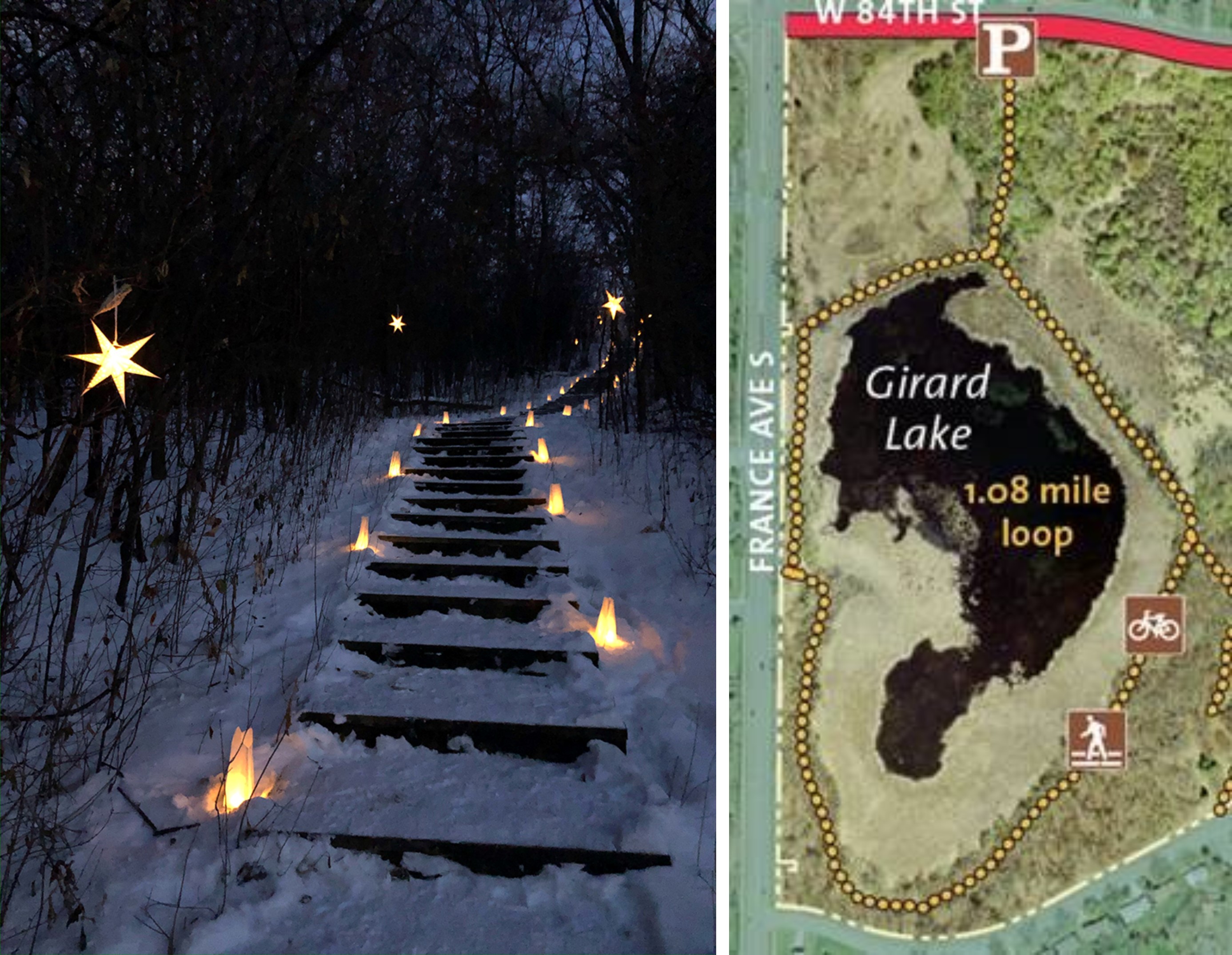 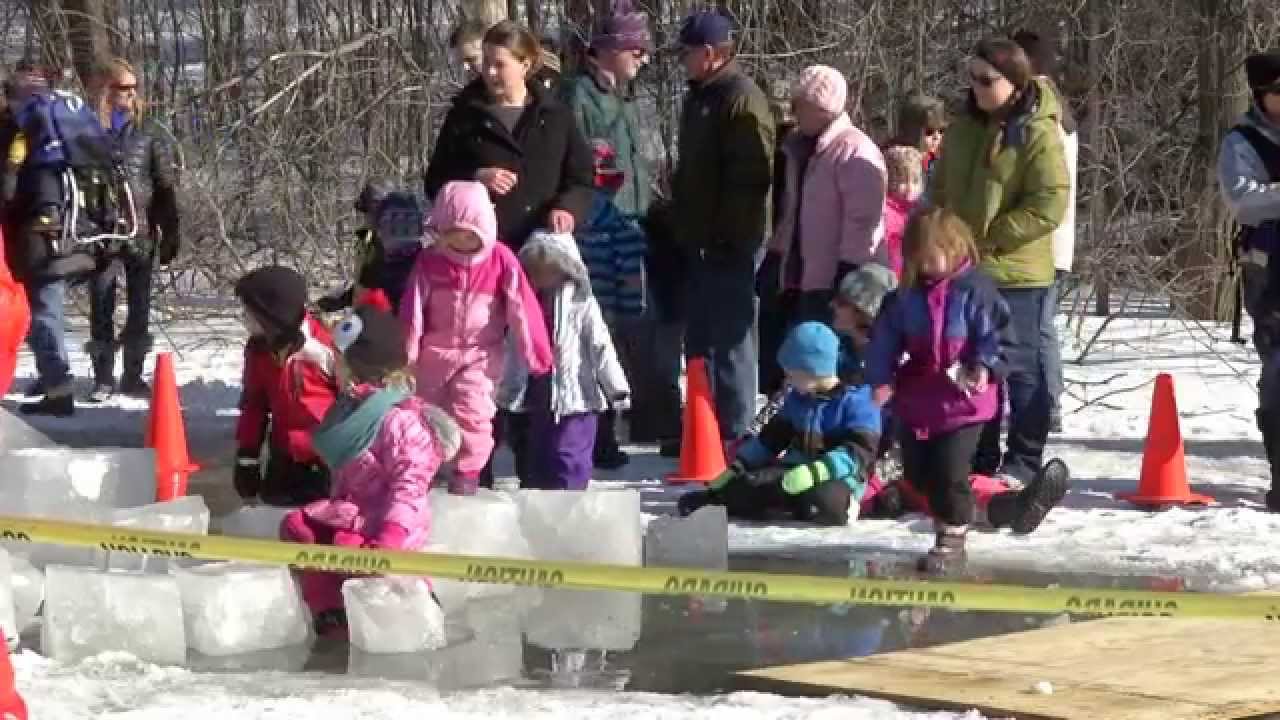