Bloomington offers nine outdoor skating sites, each one featuring both hockey and general recreational skating options. Weather permitting, the season runs December 15, 2022 - February 19, 2023. See below for hours of operation and other details. Rinks are illuminated until 10 p.m. daily.

For the most current rink conditions and status updates, please check the weather line at 952-563-8878, option 3. 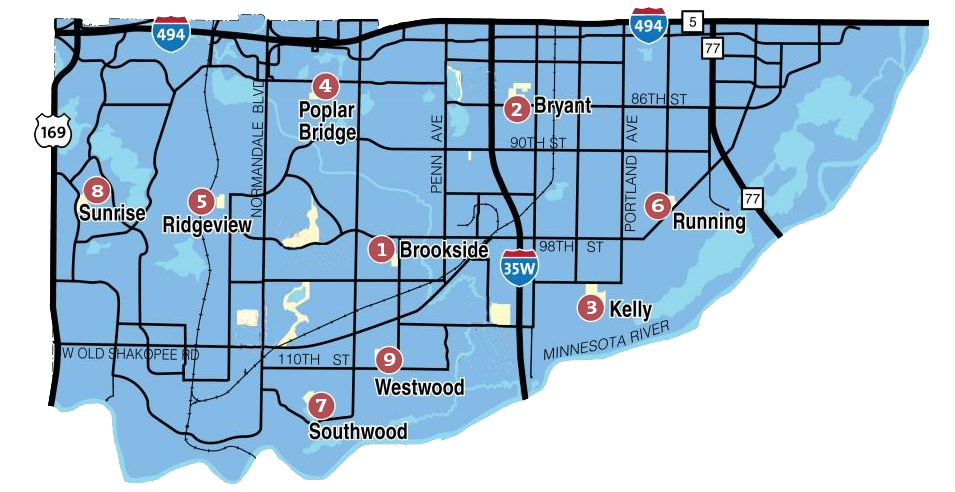 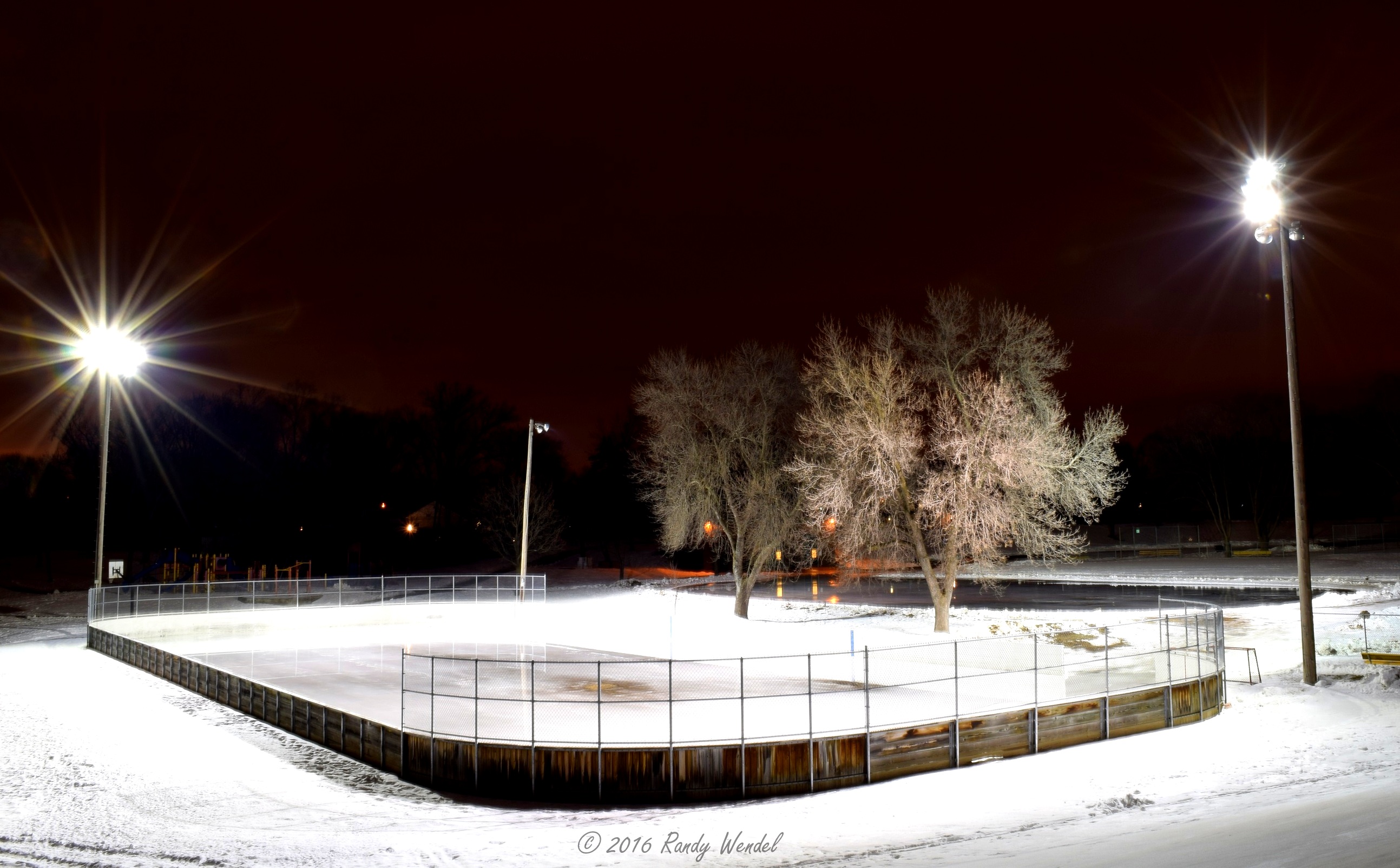 For individual site amenities and locations, please see the table below. 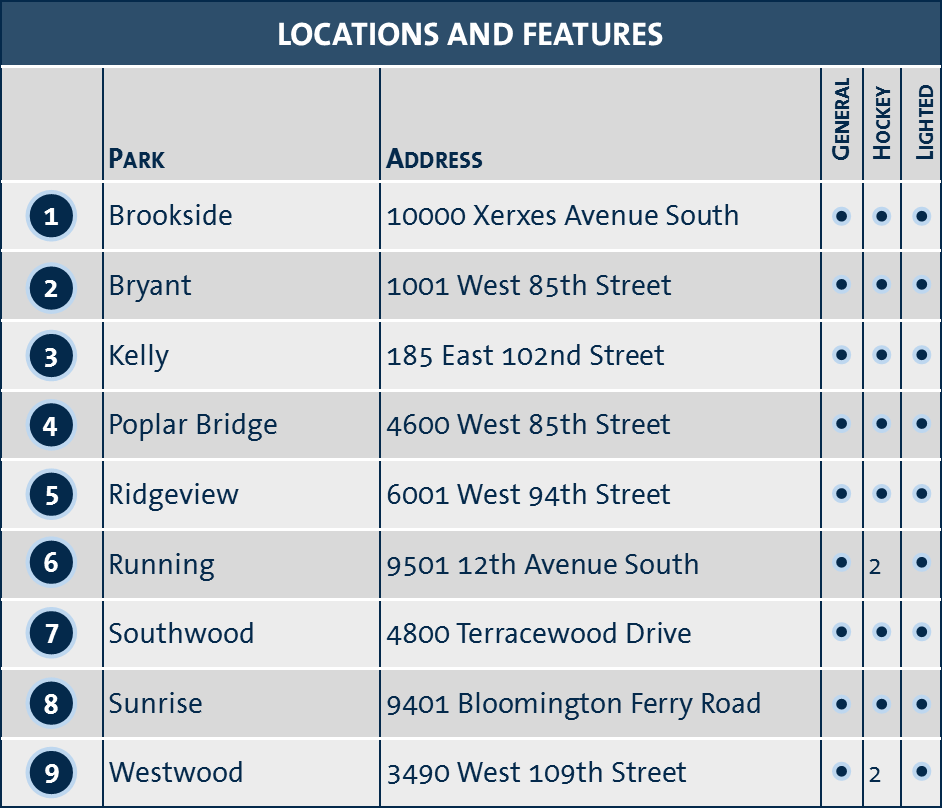 Establishing and maintaining an ice rink is largely affected by the condition of the ground or surface underneath, daily temperatures, and precipitation. It takes a minimum of ten consecutive days of below freezing temperatures during the day and night to establish properly.

Step one: Seal the ground and hockey boards. Once the ground is frozen, we seal any nearby drains. Hockey boards are sealed with snow from the ice gardens and by other means (sandbags, dirt berms) to prevent water from leaking out.

Step two: Build a base. The next step is to saturate the field with water, adding moisture to the ground to help establish the first layer of ice. No two rinks are alike; the amount of water to build the foundation varies based on field conditions. Some fields have low pockets that must be filled in more than fields that are flat. Until a layer of frost has been created, it is not possible to have solid ice.

Step three: Flood the field. When temperatures are right, we flood the fields using fire hoses or a 3,000 gallon tank truck. Anything more or less than one inch of water at a time will create air pockets and prevent smooth, solid ice from forming. The ideal temperature for this process is between zero and ten degrees. If it is too cold (-10 degrees or lower) the ice would freeze too quickly and become brittle.

By following this process we result in a smooth finish on the ice! Setbacks that may require additional flooding include:

This includes clearing the snow or shavings from previous day's activities, repairing the gouges and ruts and putting down more water as time permits. Hockey and broomball boards, netting, goals and runways are inspected for needed repair. Our ice rink maintenance team is also responsible for plowing our city streets and sidewalks, if a heavy snow occurs it is not likely rinks will be skateable that day. In addition, if temperatures are considered too warm, the ice can be further damaged by our equipment. Soft ice creates unsafe conditions that can lead to injuries.

Why do the rinks close in February?

Like many other park systems, our rink season typically runs until mid-February regardless of when the season starts. After mid-February, ice conditions start to deteriorate very quickly due to the late-winter sun. Even if temperatures are around freezing, the higher, stronger sun causes issues such as frost boils, honeycombing and melting along the edges of the rinks which make the rink unsafe for skaters.

To extend the season, our maintenance staff works to keep a few rinks in each area throughout the city open until early March. These rinks are selected because of their location (in the city and in the park itself), ice rink base (athletic field or other area) and several other factors. However, even with the additional staff and extra effort, those rinks are not always in the best condition. Additionally, if the weather is unusually warm for more than a few days, those rinks will also become unsafe and need to close for the season.

While the guidelines below are generally the criteria which will be followed to determine outdoor rink and shelter closures, we reserve the right to close rinks whenever we feel it is in the best interest and safety of the participants.  You may also check the Weather Line at 952-563-8878, Option 3 for up to date information.

All regularly scheduled rinks and lights will remain open unless: 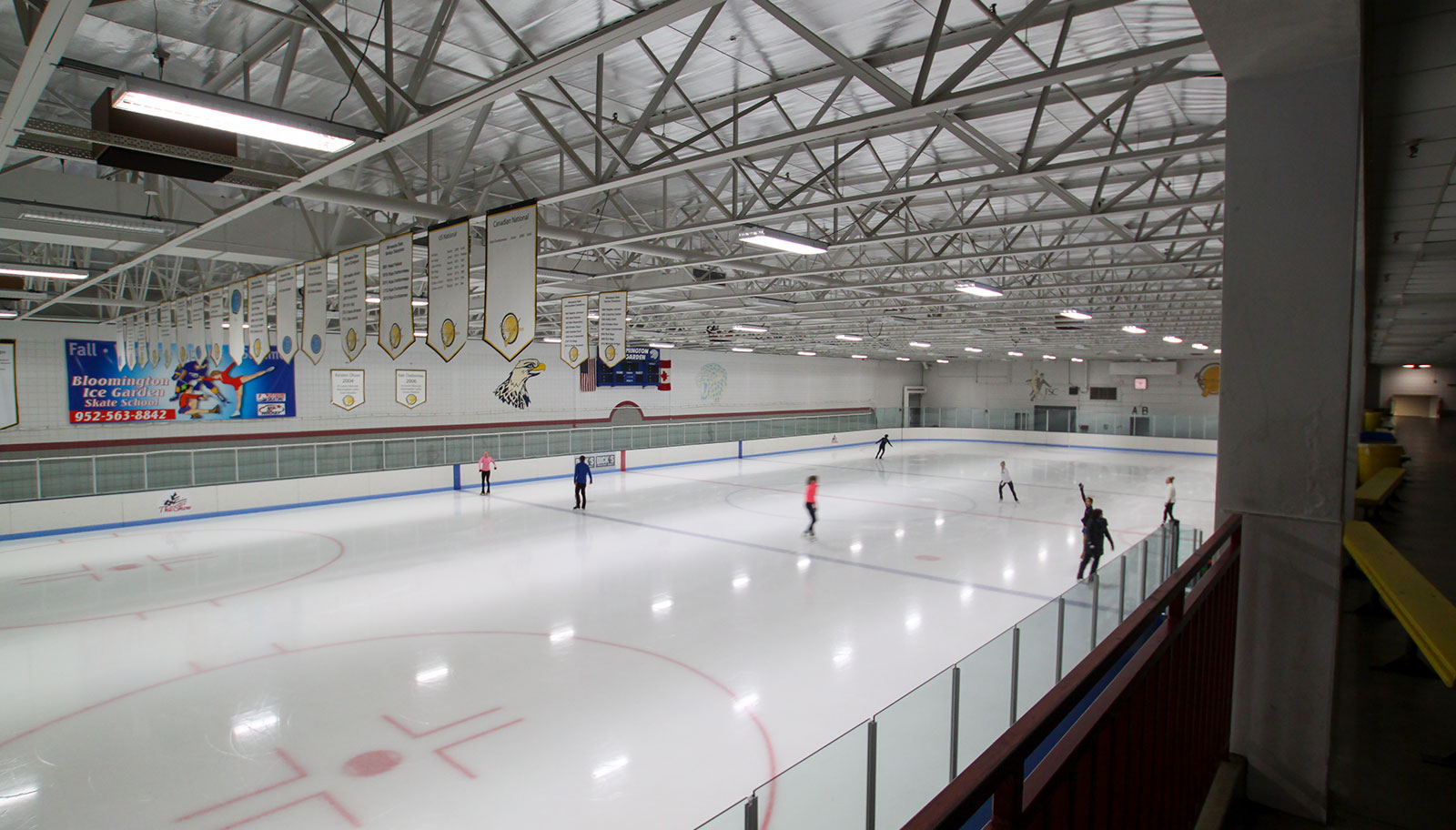