About the Penn American District

With major transit investments expected to be made within the area, including I-35W Bus Rapid Transit (BRT) and the I-494/35W interchange rebuild, major changes in traffic flow are expected in the area. 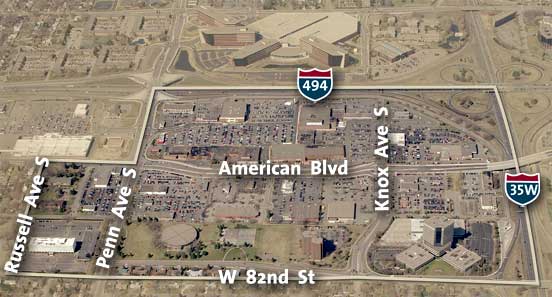 The Penn American District is the area along American Boulevard predominantly between Penn Avenue and I-35W. The City has identified this area as one in which redevelopment will occur over the next couple of decades.
Development phases
Phase 1 Penn American Development

Phase I opened in September 2012

Phase I of the Penn American development opened in 2012. The $45 million project includes 234 rental units in three buildings and over 14,000 square feet of retail. The development of the site is by Bloomington-based United Properties and StuartCo in cooperation with the Bloomington Housing and Redevelopment Authority and the City of Bloomington.

The Penn American District has been designated a "Transit Improvement Area" or TIA by the Minnesota Department of Employment and Economic Development.

TIAs are specially designated tracts of land near transit stations that support bus rapid transit, light rail transit or commuter rail and have the potential to increase ridership and stimulate new commercial and residential development. This designation makes Bloomington eligible to apply for future funding.

City staff are regularly uploading photographs to our Picasa account for the public's information and for the use of our construction partners.

Phase 2 of the in the district's development consists of a two-building, mixed-use project with surface parking and an underground public parking structure. The first building, fronting Penn Avenue, is a five-story, 80,520 square foot mixed-use building with retail space, 200-seat restaurant and a hotel lobby on the first floor, and a four-level, limited service, 108-room extended-stay hotel by Hilton on floors two through five above. The Home2 brand is a new brand for Hilton and was specifically designed for high-density urban locations. 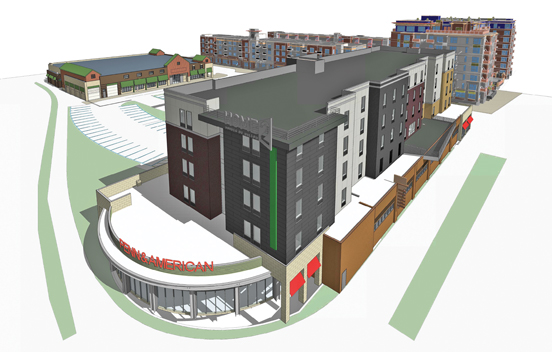 Phase 3 of the district's development at the Southwest corner of Knox and American is The District Apartments with 248 units in two identical 124 unit two and four story buildings.   Of the 248 units, 50 will be affordable to lower income households at 50% of area median income and 198 units will be market rate.   The Apartment mix includes 35 studios, 119 one bedroom apartments and 94 two bedroom apartments.  There will be one level of enclosed parking under each structure, with additional surface and street parking.  Metro Transit will build an Orange Line Bus Rapid Transit station stop on site.

Bloomington is a community that people seek out as a place to live, conduct business and recreate. We have achieved this status by creating vibrant, safe, welcoming neighborhoods and by working together with our neighbors to promote the fun and vitality of community life.

Bloomington HRA helps provide housing for those who are not adequately served by the marketplace, coordinates the City's efforts to preserve existing neighborhoods and promotes development and redevelopment that enhances Bloomington.

The Metropolitan Council is the regional planning agency serving the Twin Cities seven-county metropolitan area and providing essential services to the region. The Council is committed to environmental stewardship, sustainable solutions, and reduced energy use.

Metro Transit is the transportation resource for the Twin Cities, offering an integrated network of buses, light rail and commuter trains and resources for those who carpool, vanpool, walk or bike. Each weekday customers board Metro Transit buses and trains about 250,000 times.

By putting the customer first, Hennepin County employees work every day to achieve our mission, vision and goals. We strive to improve our services through proactive, innovative public stewardship.

The Bloomington Chamber is committed to addressing the needs and concerns of businesses in the city of Bloomington. The Chamber also promotes the community at its monthly membership meetings.

The Bloomington Convention & Visitors Bureau is the marketing arm for Bloomington, Minnesota, and aggressively markets the city, area attractions, and the surrounding communities to visitors around the world.

Kraus-Anderson Construction takes a highly collaborative approach with every commercial building project, working closely with owners, architects, and the rest of the planning team well before ground is broken.