Due to substantial community transmission of COVID-19 in Hennepin County, masks are required inside City facilities for all guests age 2 and above, regardless of vaccination status. Learn more »
Watering restrictions are in place due to drought Learn more »
Contact Information 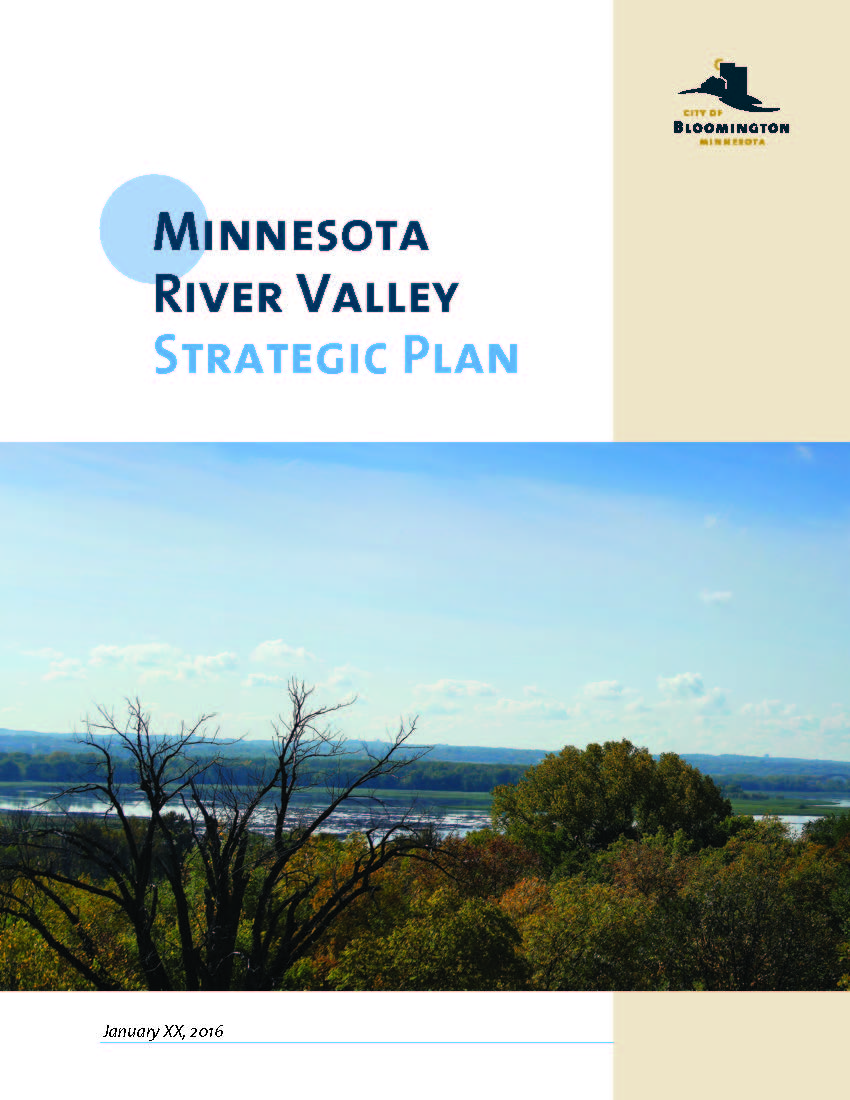 The Minnesota River Valley Strategic Plan (MRVSP) was approved by the City Council on January 25, 2016.  A copy of the final approved plan is available for review or download in the tab below.

The Minnesota River Valley Strategic Plan - FINAL PLAN is available for download below.

Several opportunities throughout the planning period were provided for members of the community to provide input on the project as listed below.

Public Hearings and Formal Review - Official action (approvals) were made at Regular Meetings, which members of the public attended and provided comments.

Project Web page was created on the City of Bloomington webpage: www.BloomingtonMN.gov (keywords: “MN Valley Plan”) and a project e-subscribe list was created.

On-line survey was made available on City of Bloomington webpage and through project e-subscribe mailing list. (Survey posted June 26- Aug 15, 2014)

Study Meetings were held with PARC, Planning Commission & City Council throughout the planning process in 2014:

Study Meetings were held with PARC, Planning Commission & City Council throughout the planning process in 2015:

Summary of Feedback on Draft Plan