The renovation will create a bus-only entrance, cutting down on the time delay created by traffic back-ups.  Also, buses will no longer cross the light-rail tracks within the station, providing improved safety for bus customers. The improvements will make the station more recognizable from outside and provide customers with a direct connection to the MOA East entrance, creating a better pedestrian experience.

This is the first major renovation for the 25-year-old transit station, which was last upgraded in 2004 when the METRO Blue Line opened. The transit station sees more than 5,600 boardings a day, as a connection point for light rail, the Red Line, and dozens of Metro Transit and Minnesota Valley Transit Authority bus routes.

How is this project funded?

MOA Transit Station improvements are currently underway after Metro Transit accepted a bid within budget in June. The total project budget is $25 million.  Land for the project is being provided for by the Mall of America.  Project costs are being funded by: 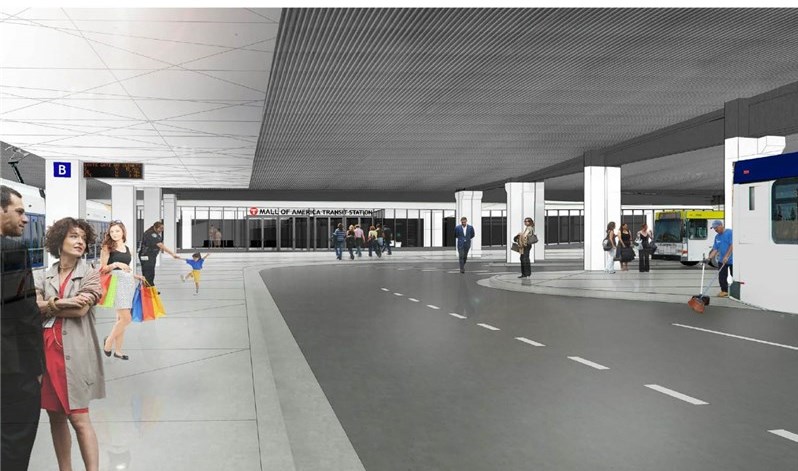 The tentative schedule for this project is: