You can click on the Bloomington Briefing link to get a list of all items.
Sidebar Paragraphs

Throughout the year, the City will present a timeline of Bloomington Fire Department history. Here are highlights from 1915 – 1948.

1915 - Jack Stewart was elected as Town Constable, which also made him the town’s “fire department.” He was given a fire extinguisher. It was his responsibility to keep this fire extinguisher filled at all times at his own expense. He used the horn on his car as the siren.

1941 - An enormous fire destroyed the Oxboro Bulk Plant at 95th Street and Lyndale Avenue. The fire burned for two days. Bloomington had not paid its $125 yearly fee to Minneapolis for fire protection. Therefore, firefighters just stood by and watched. This unfortunate event led to the first consideration of starting a fire department in Bloomington.

1943 - The first money was allocated to start up a fire department.

1947 - February 14, 1947, marked the first organizational meeting to form a fire department. The meeting was held in Gus Welter’s shop.

On April 8, 1947, the Town Council accepted an offer to purchase the land at 95th Street and Syndicate Avenue for $1 to build its first fire station.

Bonnie Smith was the fire department’s dispatcher. When there was a fire, she would call Jack Stewart, the town constable. Then she’d call Margaret Friendshuh, Evelyn Furuli, and Ev Kelley, and they would then call the firefighters.

In August, construction of the new fire station was completed. The total cost of the station and equipment was $24,000. The siren bell from the Bloomington School moved over to the fire station for sounding a fire call.

October 4, 1947, was the first fire open house with dancing
and refreshments.

This year marks the 75th anniversary of the Bloomington Fire Department’s founding. Throughout the year, look for more stories and memories in the Briefing as the BFD celebrates 75 years. If you, your family or friends have memories and stories about the charter members or the early years of Bloomington’s fire department, contact Communications at communications@BloomingtonMN.gov. 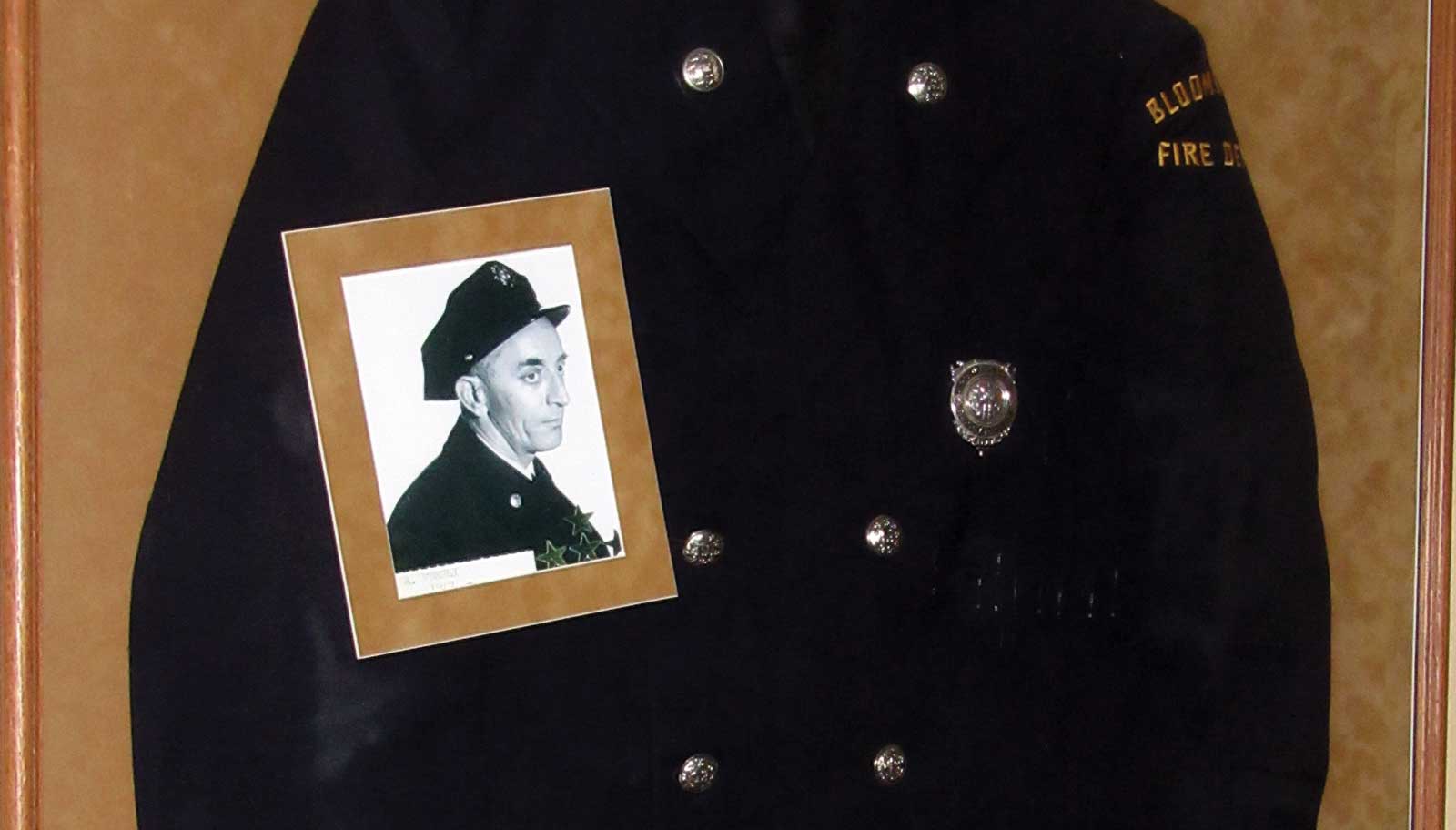 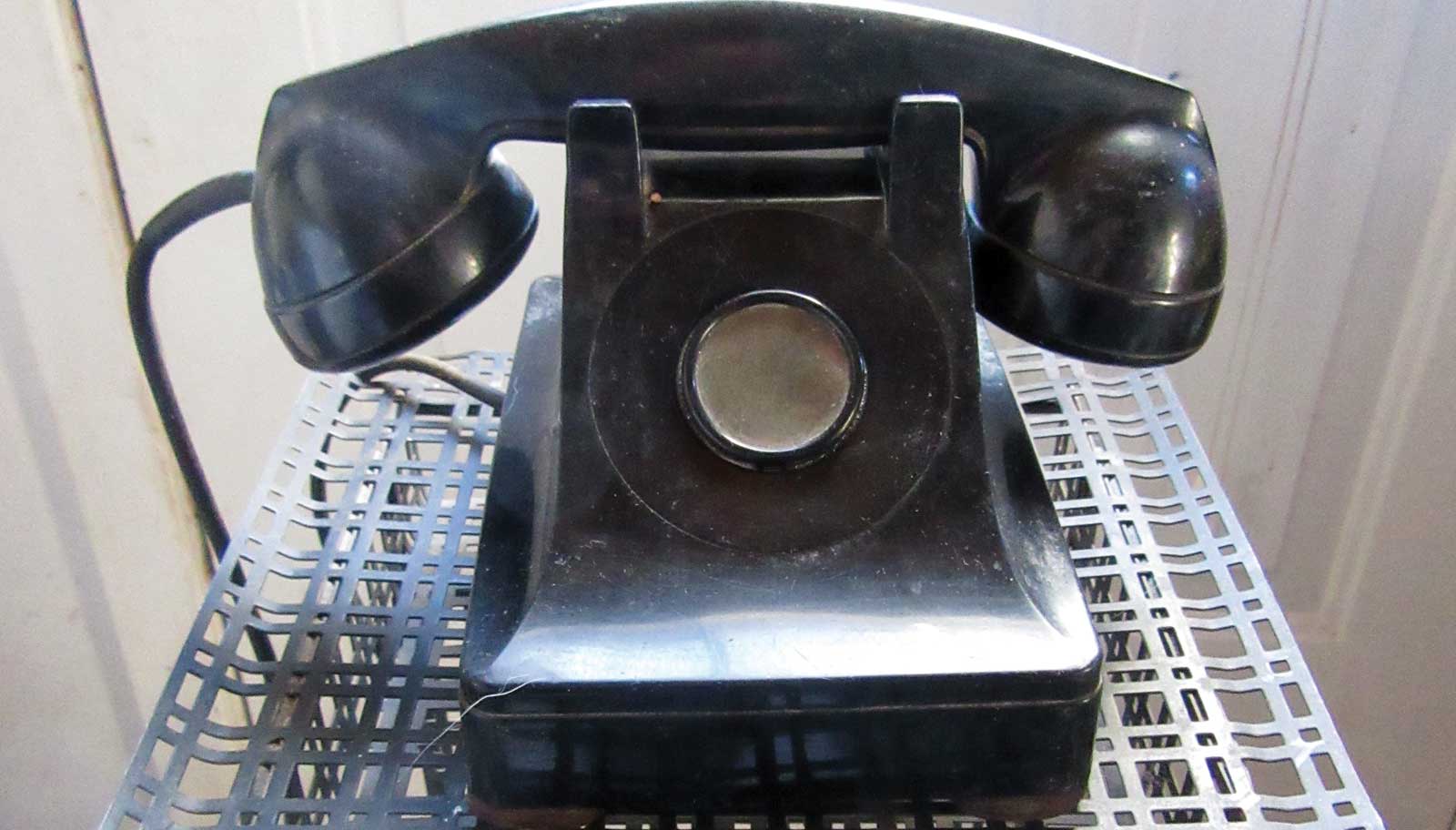 In honor of the Bloomington Fire Department’s 75th Anniversary, granddaughters of Axel Furuli, in photo above left, a founding charter member of the BFD in 1947, shared memories of their grandfather.

Then known as the Bloomington Volunteer Fire Department, Axel Furuli, #12, was the chief dispatcher. He was asked to join the department in 1946 because he lived closed to the fire station and was “available 24 hours a day” as printed in the local newspaper in 1958 and shared by granddaughter Paula Thompson.

Granddaughter Thraicie Hawkner remembers her grandfather lived across the street from the original fire station at West 95th and Garfield, and they had a telephone at home with no dial on it, because it was meant for incoming calls exclusively. “Whenever it rang, Grandpa would answer it, take down the particulars, and Grandma would begin the calling tree to other firemen’s homes,” Hawkner said. “Meanwhile, Grandpa would reach into the coat closet where there was a button to press, which started the sirens over at the fire station.”

As the dispatcher, Furuli liked to go out with the firefighters on a fire call once in a while. He also held a number of offices and did odd jobs to help the department. Hawkner retells a story that Furuli and his son, Leroy, would run over to the fire station to “catch the cars.” “The other firemen would arrive in such a hurry that they wouldn’t bother to stop and park their cars,” Hawkner said. “They would just hop out of the car, and one of the Furulis would jump in to steer the car into a proper parking spot.”

Thank you to all the founding BFD charter members