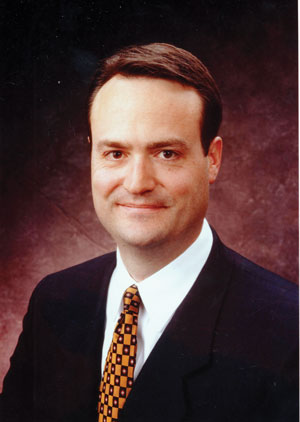 Bravery and valor are not restricted to the battlefield. September 11, 2001, lives on as a day of modern infamy. It was a time when ordinary people took charge to make a difference and prevent even deeper disaster. As a shocked nation looked on the seemingly unbelievable news that unfolded minute-by-minute live on TV not knowing what to do, one Bloomington resident stepped up to the moment.

Thomas Burnett experienced the terrorist attacks firsthand and is credited as leading the charge to transform the tragedy into an opportunity to do right. While no one knows exactly what happened on United Airlines Flight 93, phone records show Burnett acted fast to help prevent even more disaster. He was a leader who attempted to take back the airplane from hijackers and stop them from using the airplane as a terrorist weapon against the U.S. Capitol. When the terrorists in the cockpit learned their plot was doomed to fail, they crashed the plane in a farm field in Shanksville, Pennsylvania. All lives were lost.

Burnett received numerous posthumous awards and recognitions, including letters from President Bush and other elected officials. As one memorial poignantly states, “There is no greater love than to lay down one’s life for one’s friends—in loving memory of Thomas Burnett, Jr.”