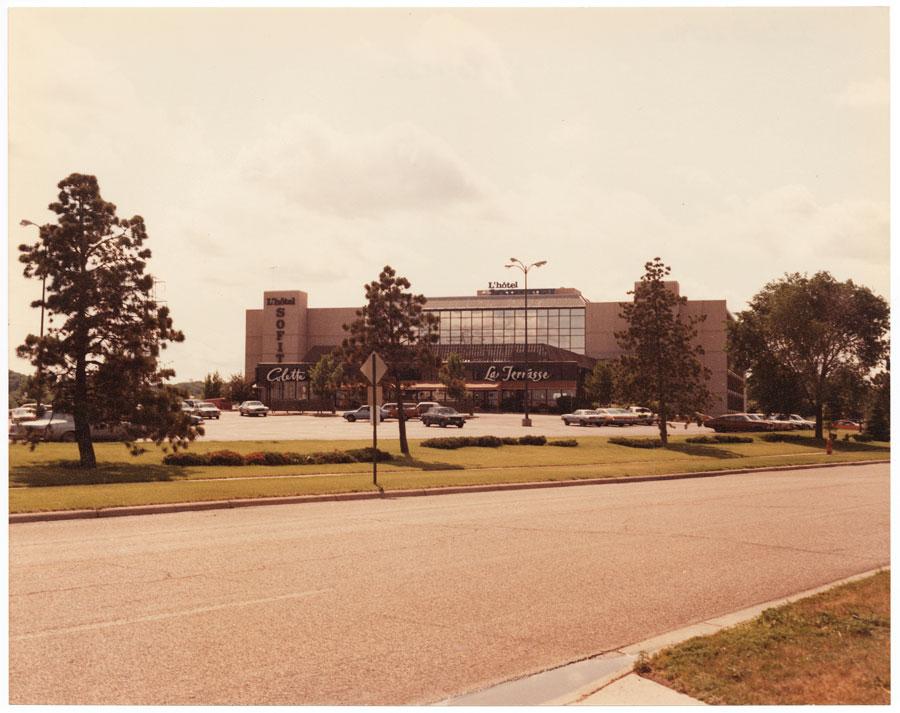 Photo taken circa 1980 and courtesy of the Minnesota Historical Society, Charles Chamblis collection.

Opened in 1975, the Hotel Sofitel was a destination for French hospitality in Bloomington. The 300-room complex featured a six-story atrium, a gift shop, a bakery and three restaurants (Chez Colette, La Terrasse and Le Café) which attracted residents, travelers and celebrities alike. President Gerald Ford and French Chef Julia Child visited the property during its heyday.

The Paris-based hotel chain had a reputation for luxury, and dining came with a French accent. How could you say anything but “oui” to crispy baguettes, a cheesy crock of onion soup or a layered mousse dessert? Big buffets were offered for Mother’s Day, Easter, Thanksgiving, Christmas and other festivities. Bastille Day was a special event all its own to celebrate the national holiday of the French nation.

In 2013, the Hotel Sofitel closed its Bloomington location at 5601 West 78th Street, ending a chapter of French immersion in the Upper Midwest. In a multimillion-dollar renovation the property was rebranded into a Sheraton which operates today.