Redistricting is the process of redrawing the boundaries of election districts.  This occurs every 10 years following the federal census.  In 2022, Bloomington established its Council Member district boundaries and precinct boundaries as part of the redistricting process.

Why do we redistrict?

Click to open maps in a new tab with a larger view. 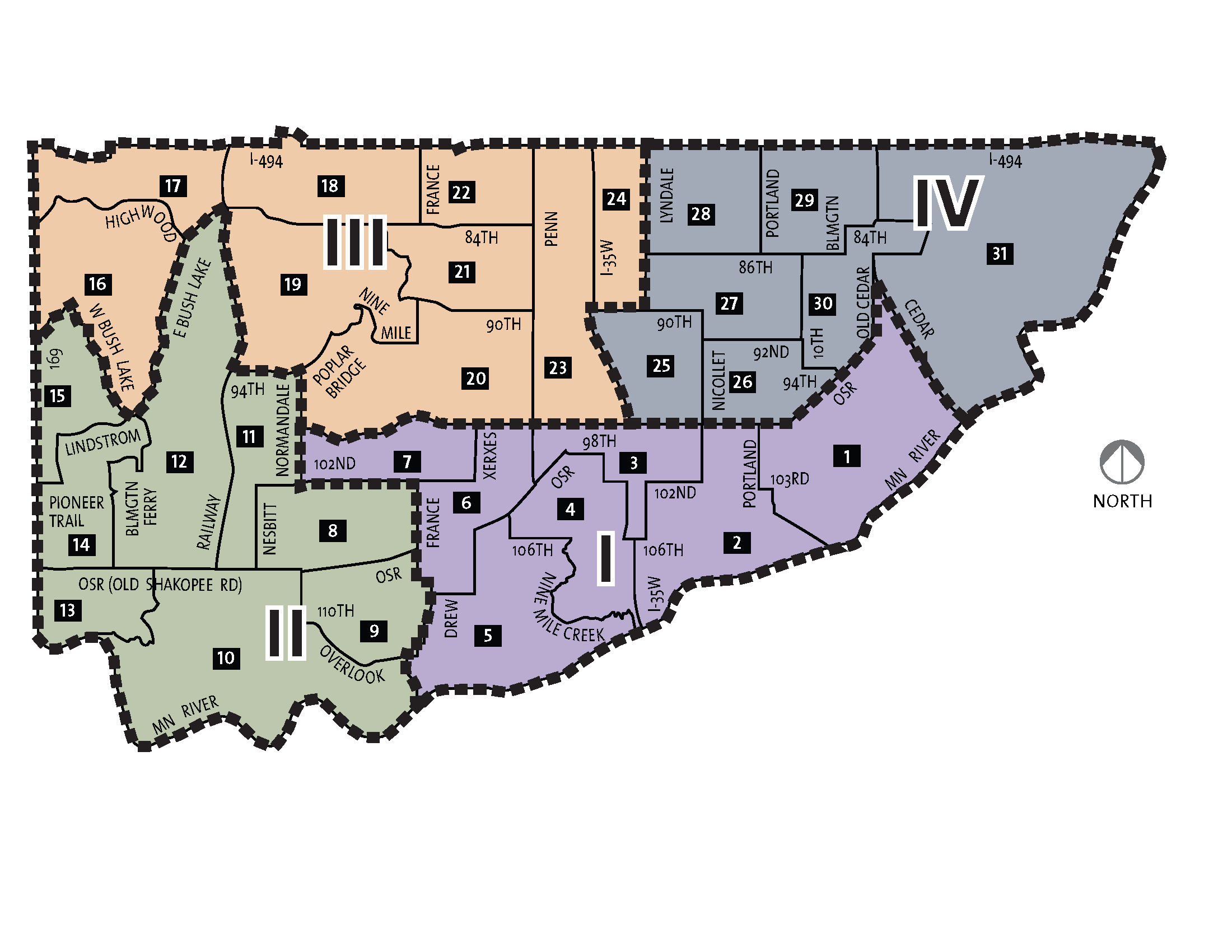 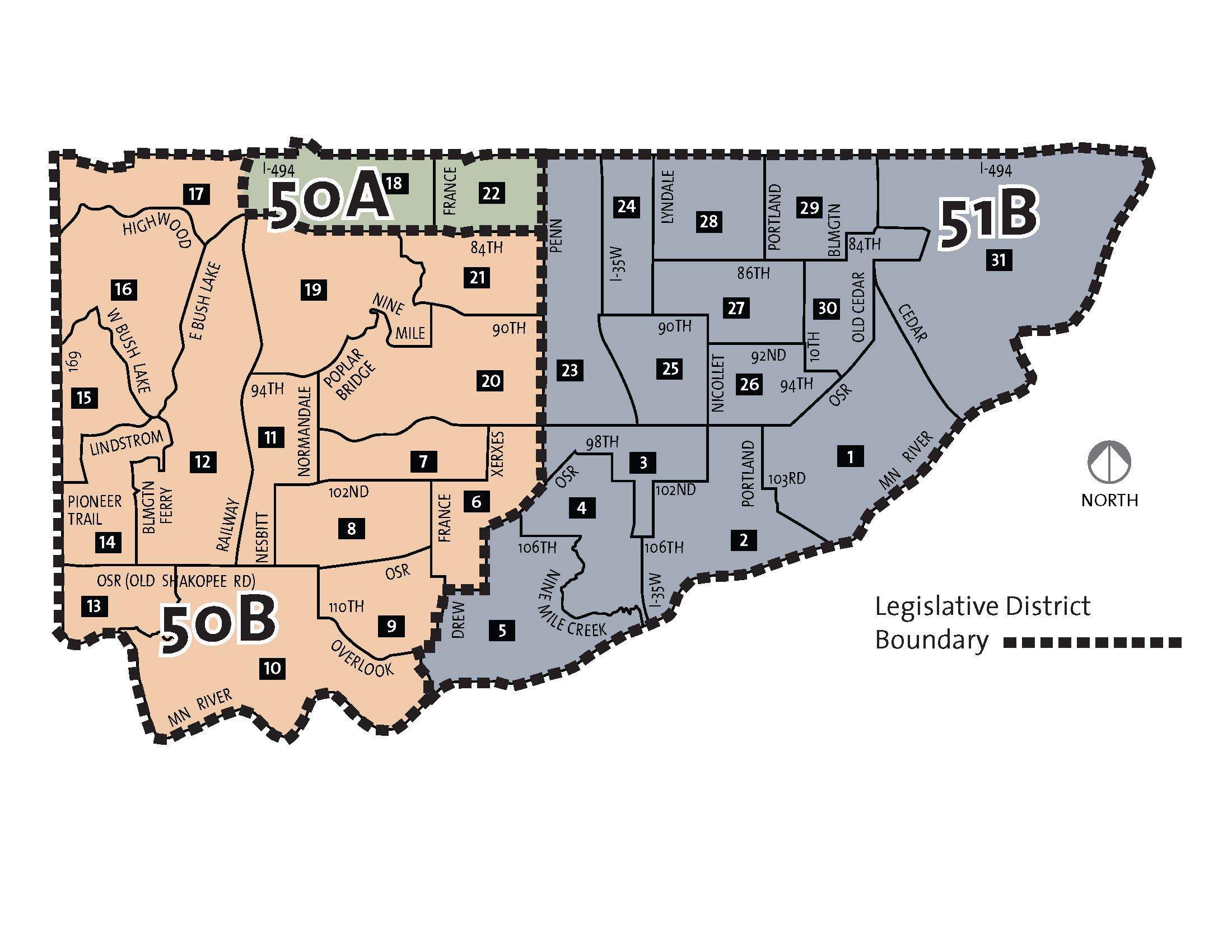 2022 Precinct Numbers and Polling Places
What do the 2021 maps look like? 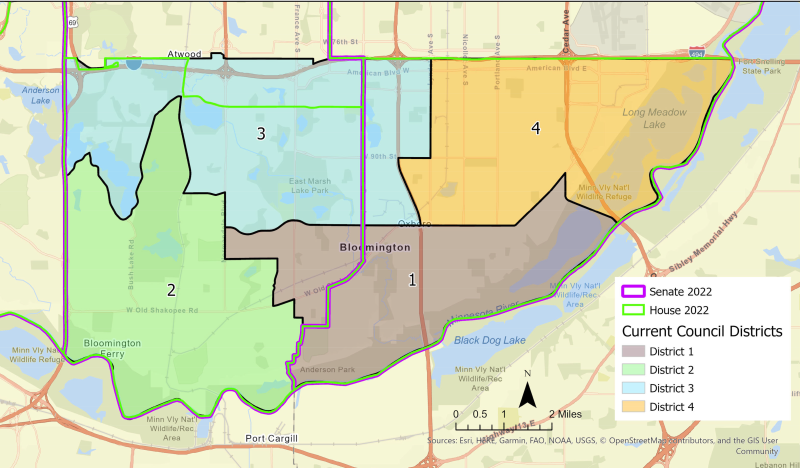 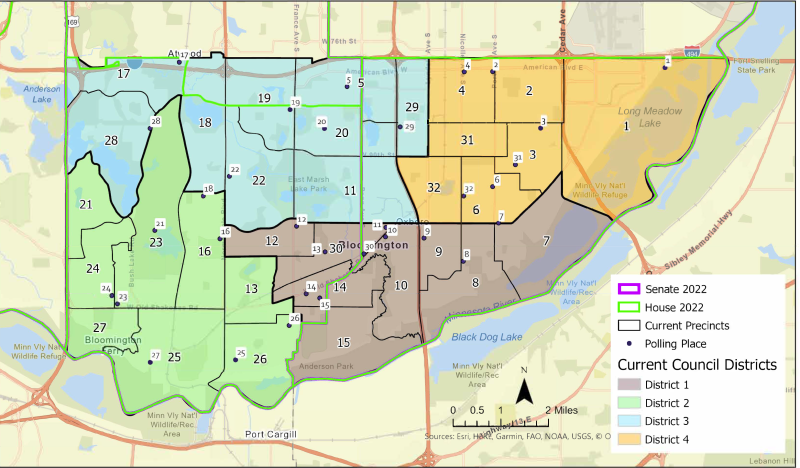 What is the timeline for redistricting?

What requirements must be followed in City redistricting?

The City must follow numerous legal requirements when redistricting its Council Member districts and precinct boundaries. In general, these are the requirements that must be followed:

How will I know if my polling place changes?

Registered voters will receive a postcard from Hennepin County notifying them of their polling location.

Voters are encouraged to visit www.mnvotes.org to lookup their polling place location before heading to the polls.

When do the redistricted maps take effect?

The deadline for the City’s redistricting was March 29, 2022.  The new precinct boundaries went into effect for the August 9, 2022 Primary.