Last November, Bloomington voters approved the use of ranked choice voting for future city council and mayoral elections. Starting with the November 2, 2021 election, ranked choice voting will be used for municipal races. This changes how residents vote for mayor and city councilmember. This will not change how residents vote in federal, state, county or school board elections.

The City will no longer hold primaries for city council elections, as all eligible candidates who file for office will appear on the General Election ballot. The City’s existing election equipment, including ballot counters, are compatible with ranked choice voting and will not have to be replaced.

What is ranked choice voting?

Sometimes referred to as “instant runoff voting” or “preferential voting,” ranked choice voting is a process that allows voters to rank their choices for each office.

Give ranked choice voting a trial run. The City is hosting a mock election Saturday, July 31, 8 a.m. – 1 p.m. and Monday, August 2 through Friday, August 6, 8 a.m. – 4:30 p.m., at Bloomington Civic Plaza, 1800 West Old Shakopee Road. On the mock election ballot, voters will be able to rank their favorite City park, facility and elementary school. This is a great opportunity to have your ranked choice voting questions answered by elections staff. 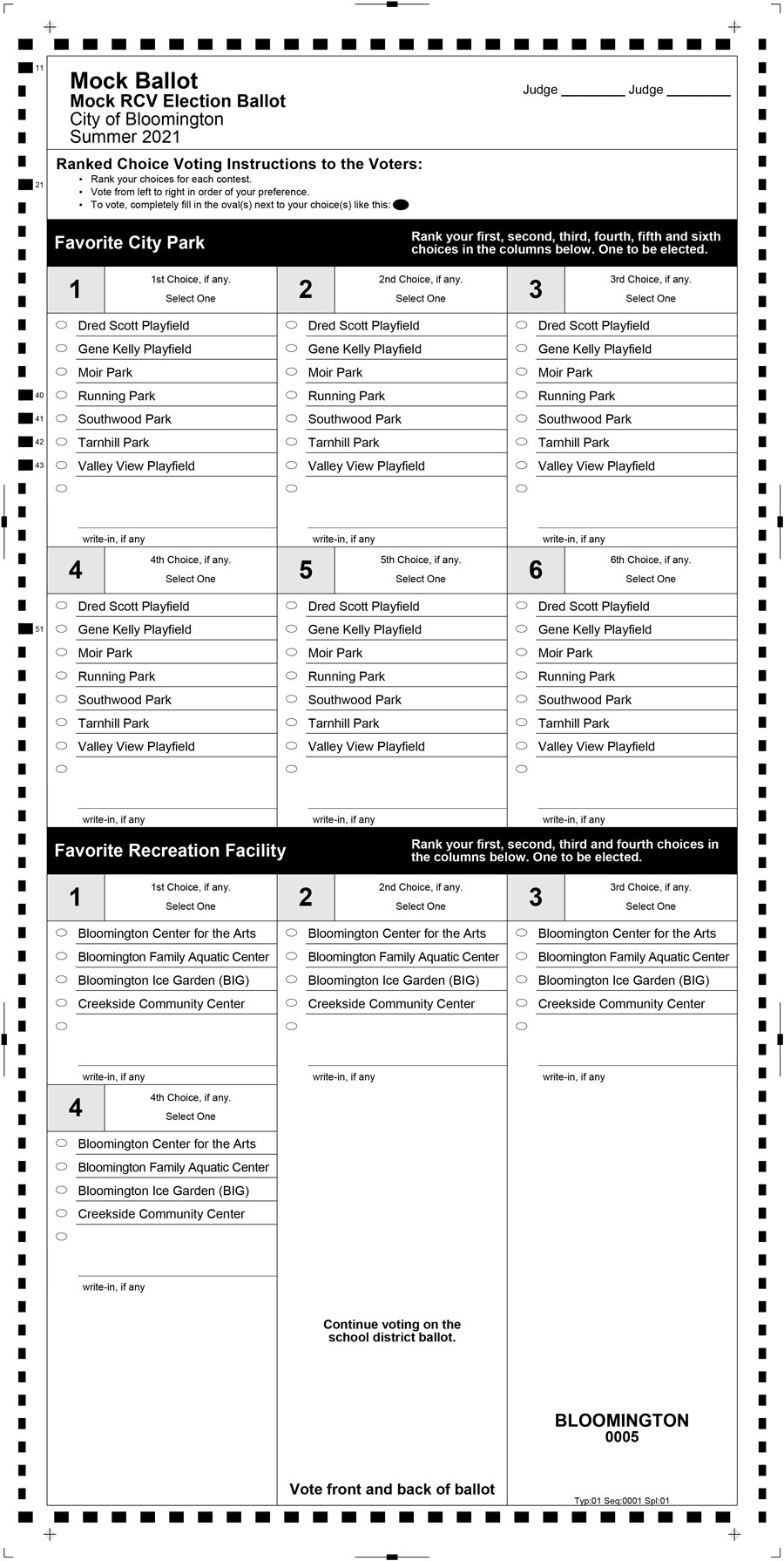